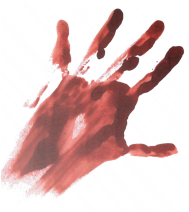 Lina Chambers (Saturninus) is so excited to be working with Stone Soup Shakespeare for the first time! Recently, Lina has worked with Commedia Beauregard, Filament Theatre Ensemble and is currently working on projects with the Shakespeare All-Stars. Lina hails from Boise, Idaho where she worked with the Idaho Shakespeare Festival and Boise Contemporary Theatre. She loves grumpy kittens, playing ukulele for babies, and takin' shots on stage.

Rebecca Drew Emmerich (Young Lucious/Mutius) is too cool and important for bios, but she really does love you...unless you take revenge the way Titus does...or Tamara...Aaron's cool though.

Evan Engle (Chiron) hails from stinking hot Tucson, Arizona. This is Evan's acting debut in Chicago. Please be nice. Evan has been on stage for most of his adult life, most of his notable work took place through all three years of his two year college career. Those roles include, but are not limited to: Fred Graham from Kiss Me Kate, Chris Keller from All My Sons, and Lank Hawkins from Crazy For You. Evan has also done a bit of buffoonery as a cabaret actor at the world famous Gaslight Theater in Tucson, where he learned to throw a goodly amount of popcorn into paying patron's  faces. Please enjoy the show!

Nicole Goeden (Tamora) is excited to be working on Titus with such a great group. She holds a BA in theater from College of St. Benedict in Minnesota and had performed with various theaters in Chicago, the Twin Cities, and the DC area. Nicole is an artistic associate with Stone Soup Shakespeare and will be touring with them this spring for her third season, playing Celia in As You Like It.

Rachel Griesinger (Lucious Andronicus/Nurse) has done a lot of cool things in life, including just had a birthday - you should sing to her - and giver her presents - and tell her she's awesome. Some of the cool things she's done include being part of Stone Soup Shakespeare's first tour: Romeo and Juliet. She likes riding bikes, picking daisies and dancing with reckless abandon.

Jae K. Renfrow (Titus Andronicus) For his rite of passage into manhood, Jae brought back the biggest boar in the jungle to his village. He was 12 and killed the animal with his teeth, which was in accordance to the laws set forth by the elders of his tribe. He's very humble and grateful to be a part of this staged reading of Titus Andronicus. He has previously worked with Sideshow Theatre, Lincoln Square Theatre and The Artistic Home. He'd like to thank his wife for not being someone else's wife.

Omer Abbas Salem (Aaron) has never written one of these things before. And when he thinks about how many people wanted this and how many people cried over it and stuff... He thinks everybody looks like royalty tonight. Look at Julia Stemper, that dress is amazing. And Chad Ramsay, that hairdo must have taken hours, and you look really pretty. So, why is everybody stressing over this thing? It's just paper. Look for Omer Abbas Salem in Prologue Theater's upcoming Trafford Tanzi! Thanks Danny DeVito, I love your work!

Julia Stemper (Marcus Andronicus) thinks she's pretty lucky to be able to do theater at a bar...and sometimes in the park...at occasionally at coffeehouses. She hopes someday to do theater in an elevator; if you're lucky she'll invite you. While Julia is pretty much anti-revenge, if she ever decides to take revenge and cook someone in a pie it will probably be on standardized testing supporters and people who end sentences with "at," and it will probably taste like chicken. You've been warned.

Krista Taylor (Lavinia/Goth) can't get enough of Stone Soup. She took part in last fall's King John reading and performed in the 2013 Stone Soup tour of The Tempest. She received her BA in Acting from Pepperdine University. A recent Chicago transplant, her acting credits include There’s No Place Like...(Hollywood Fringe Festival), Desire (Steppenwolf West Intensive), The Kentucky Cycle (Edinburgh Fringe Festival), and The Persians (Getty Villa Museum). Krista is a Red Tape Theatre company member and educator for the Adler Planetarium.

Cat and Laura (BARTENDERS) are unavailable for comment at the time of publication.